The Baltic is an amazing summer cruising ground and magnet for boaters in the area who revel in the many islands and harbours. We made Sweden part of our journey in 2010 spending nearly 2 months cruising Swedish waters. Here we are tied up to the shore - a Swedish tradition that helps make room for more boats in tight coves. We are here August 15 which is actually at the end of the season so we are the only boat in this normally busy harbour! 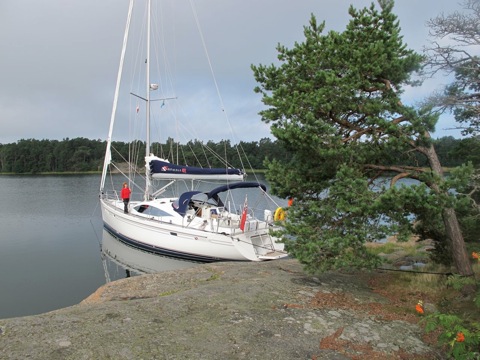 Warm enough to get Sheryl in swimming? Actually she has just had a sauna so is just cooling off! Sauna’s are marked on the chart - so we anchored here, went ashore and lit the sauna, enjoyed a good steam and left our $5 in the box! How neat is that? 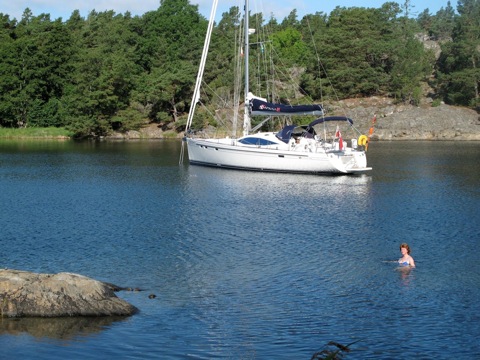 Coolest harbour ever - we are in a moat at Vadstena Castle in one of Sweden’s 2 huge lakes. 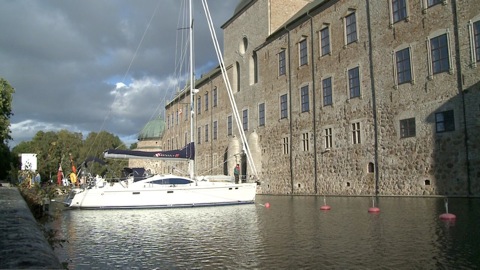 Visby Medieval Festival - a MUST if you are around Gotland in the summer. We filmed the antics for the show of course. 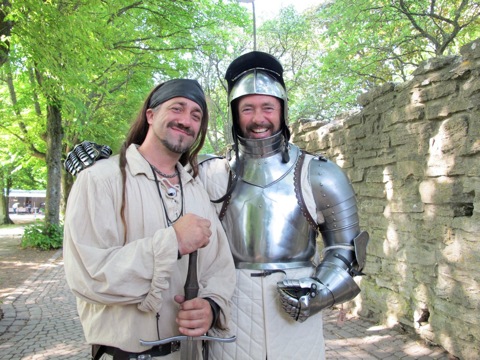 At the end of the season we took the Gota Canal to head back west right across Sweden. See blog here. Filmed it for Distant Shores in Season 7 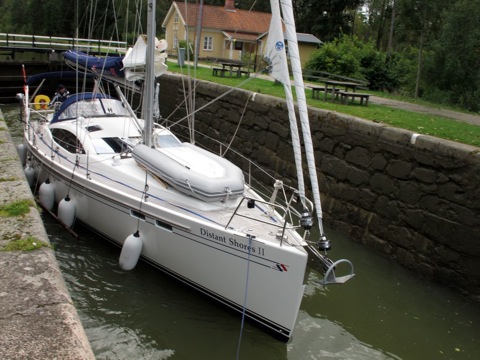 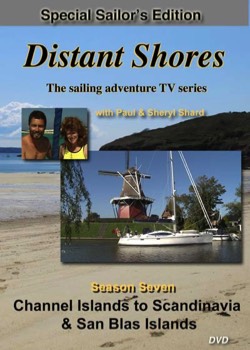 Channel Islands to Sweden & the Baltic - 3 episodes on Sweden
East Coast of Sweden - Swedish coast, Christainsø, the outpost of Utklippan and Gotland for Medieval Week.
Stockholm Archipelago - we anchor in nature harbours, attend a rendezvous of Swedish Ocean Sailors, and sail into Stockholm.
Gota Canal - The Göta Canal will allow us to get right into the middle of Sweden. Travelling this narrow waterway we learn how to operate the old locks.
$24.95 US More Info | View Trailer | Video Catalog
Add to Cart